Originally, the term ‘domestication’ is used to refer to the training of wild animals. However, metaphorically the term is used to refer to the process through technology is brought in the control and access of public which consequently produced significant changes in their lives. This is an important concept and it has garnered unmatched attention because every country is focused on the domestication of technology these days.

Technology domestication is defined as the process through which people get acquainted with ICTs and their application, rejecting them in some cases while trying to fix them in their routines in others. This mechanism has four stages and they are known as the 4 stages of the domestication process: 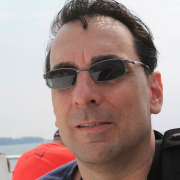 Steven Biczel worked as a Case Manager at the Division of Youth and Family Services and coordinated various services provided to the family and referred to other community resources when applicable.